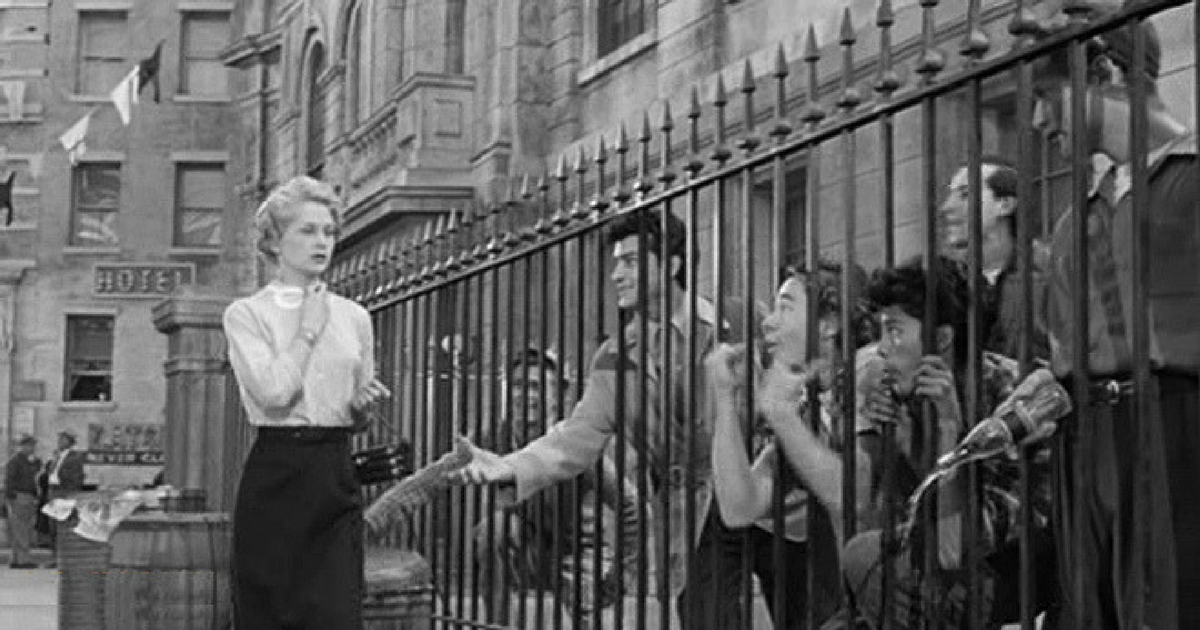 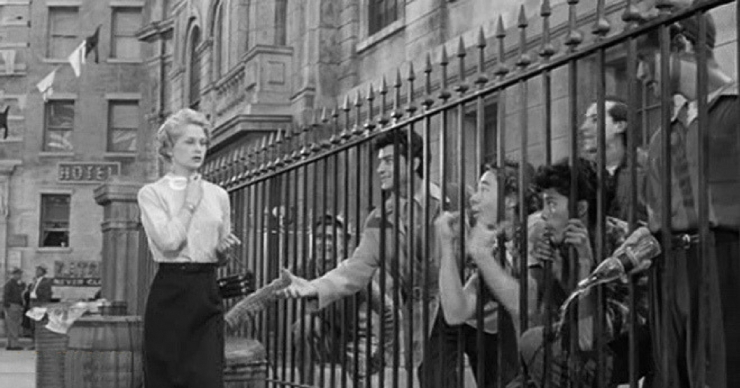 While autumn doesn’t officially start until September 22 each year, we all know everyone considers Labor Day weekend to be the last weekend of summer. White pants and sundresses are now considered fashion faux pas and those of us here in the American south are crafting outfits based on 50-60 something temps in the morning and 80-90 something temps in the afternoon. And so one might think that now the season of skimpier (aka more comfortable) clothing is gone, the season of catcalling will go away. But as every femme person – including some preteens – will tell you, it never goes away.

The first time I remember being “cat”called was the summer after eighth grade. I was thirteen, walking down Main Street in my hometown, and had the audacity to wear shorts and a tank top in 90ish-degree heat with 100ish% humidity. And that’s when I heard it: a “woo-wooo” like I’d never heard before…because it was being done with a turkey caller.

I looked around and sure enough, there was a large, red truck stopped at a stop light right next to where I was walking. And leaning out of the driver’s side window was a large man, who had to be at least in his late 30s, leaning out of the window with a small device in his hand I recognized as one hunters use to lure turkeys into range. He made direct eye contact with me, put the device to his mouth, and made the sound again. Then the light turned green, he chuckled, and drove off.

So, I guess, really, I was turkey-called.

I was stunned, unsettled, and a little scared – nothing I’d ever felt walking down the streets of my relatively safe, small town.

While my “first catcall story” may be unique in its own way, it’s not as uncommon as you’d think. A study in 2015 found that, of over 16,000 women interviewed in 22 countries around the world, 84% experienced street harassment – or “catcalling” – between the ages of 11 and 17. The study’s results sparked a viral hashtag on Twitter, #firstharassed, wherein millions of women shared their first experiences with street harassment while making it painfully clear that, more often than not, it starts off at a very young age, sometimes even before puberty hits.

Arguably, one of the biggest issues with catcalling is not just how prevalent it is, but how common it also is for women to be told brush it off and take it as a compliment. After all, it just means someone finds you attractive, right? It should be an ego-booster, right? We should all compete for the amount of call-outs we can get while we’re just trying to go about our day, right??

Not exactly. For one thing, despite being constantly told it’s a compliment, catcalling has actually been shown to negatively impact how women think about themselves. A new study published in the British Journal of Social Psychology based on research conducted by the University of Melbourne in Australia attempts to show the possible impact sexual harassment can have on women’s perception of themselves and it ain’t pretty. Over the course of the study, researchers found that “both being personally targeted or witnessing others being objectified was associated with a ‘substantial increase’ in ‘self-objectification,’ proving that these instances of sexual harassment can have a negative impact on the way women think about themselves.'”

Similarly, a study published late in 2016 by the University of Kent found that “sexually objectifying a woman can very well lead to aggression towards women and ‘reduced moral concern for the objectified.'” They learned that this link between catcalling and aggression can begin to develop in the early teen years, leading young people, as they age, to the harmful perception that women are meant to be seen only as sexual objects. And not surprisingly, forming a habit of objectification early on leads to a feeling of entitlement of said “objects,” which can, in turn, lead to violence when the perceived object of your affection doesn’t react how you want or believe they should.

So if the overwhelming majority of women seem to respond negatively to catcalling and the research is there to back it up, why do men do it? Carlos Andrés Gómez over at The Good Men Project speculates that men don’t realize the damage they’re doing and/or have become desensitized to it, that their male privilege allows them to ignore how “widespread and demeaning” the behavior is.

I definitely believe male privilege plays a factor in the prevalence of street harassment towards women and the unwillingness for them to do something about it. I also believe, based on my own experience and the experiences of women I know and have talked to, that there’s a power dynamic to it as well. These men don’t expect a catcall to turn into a date (or, at least, they shouldn’t); they expect to force their way into a stranger’s life, turning that moment into one all about them. In that moment, they let the person they’re catcalling know they find them attractive and can/could do something about it. Hell, I should know: I was catcalled twice with an object literally used to lure animals to their death.

Ten years after I was turkey-called for the first time, I was walking the streets of my hometown again, back for what I thought would just be the summer after college graduation. Again, I wore shorts, a tank top, and the comfort of someone walking in a place they felt safe. And almost like a memory, I heard it again: a “woo-wooo” made with a turkey caller. I stiffened, turned my head, and there he was: same red truck, same driver. They both had noticeable wear-and-tear from the time that had passed since I’d last seen them.

In that moment, I was 13 years old again and I hated him for making me feel that way. So perhaps it was because I’d found some strength in my past 10 years of growing, perhaps it was to avenge the shy, scared girl I once was who didn’t know how to react – whatever the reason, I didn’t slink away this time. I stared straight back at him, slowly lifted my hand, and extended my middle finger into the air until he sped off.

One Reply to “IT HAPPENED TO ME: I Got Catcalled with a Turkey Caller. Twice.”