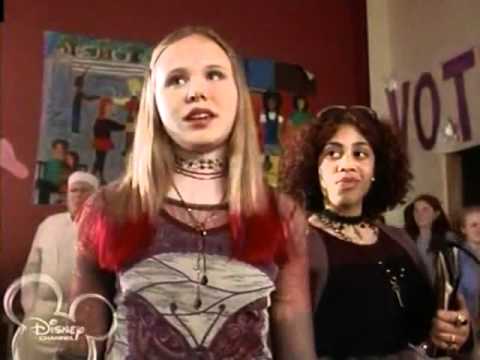 Disclaimer: I know in my last post I talked about writing more and it’s been over a month BUT! I’ve also said this blog would be journal-esque and I can’t tell you how many journal entries I have that go on and on about writing every day right before journal entries dated 2-3 months later. So. It is what it is. *Shrugging emoji*

My hair is blue.

My hair is the most beautiful swirl of sea witchy blues and teals, and I absolutely love it.

The first time I wanted blue in my hair was 18 years ago. It was 2000, I was 10 years old, and “The Other Me” was playing on Disney Channel. It was a movie about a kid who cloned himself but, more importantly, it was a movie that featured a cool, kinda mean older sister character who had long, straight blonde hair with ends dip-dyed fire engine red. It was the coolest hair I’d ever seen, and I immediately started thinking about how I would make such a style my own.

I had brown hair at the time and my favorite color was blue.

Yeah, it wasn’t much of a leap to, “I want the same thing but with brown hair and blue tips.”

Still, no way my parents were letting a ten-year-old do that with her hair. Nor would they let a sixteen-year-old.

Even when I got to college, I was still tied to my parents financially. Not wanting to rock the boat, the most I did to achieve my dream hair was get a box of Blue Envy Splat from the Walgreens across the street from my dorm and put one lonely streak of blue on a lock of hair I could easily hide among the others.

I’m financially independent (mostly). I’m at a job with a pretty lenient dress code. I realize that, were it a person, my want for blue hair would be considered a legal adult.

So I made an appointment.

And because I’m me and have no choice but to read so much into what ended up being a fairly significant part of my life, in the words of Queer Eye‘s fabulous Karamo Brown, “let’s unpack that.”

When you want something for so long, it has a tendency to take on a life of its own. It’s no longer something you can just go pick up at the store one day (or, in my case, pop into the salon to have done one day). It has to be the exact one, the right one; it has to match everything you’ve built it up to be in your head.

And, in a way, the search for the perfect version becomes a part of you.

It’s dramatic – but maybe appropriately so – to say that I wasn’t ready for blue hair until now. Not until I started to learn my true self more, to become more confident in her and accept her for who she is. I couldn’t have handled it before; I wasn’t as sure of myself as I’m becoming.

It’s funny: an action some may see as immature, I see as growing into my own skin.

At the beginning of April, I tweeted that I was well on my way to not recognizing myself in a month. I would say that’s mostly true; and I would say it’s been for the better.

Ah, who knows. Maybe I should chalk it all up to the warmer weather and being on Lexapro for a month.